In preparation for a Raspberry Pi event I decided to create a simple GUI for creating stop motion animations using the Pi camera module to use for a demo. 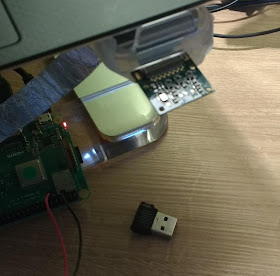 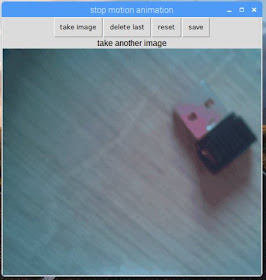 You can find the source code at goo.gl/4Xvu7b.

A couple of "interesting" things about this project

The gui was created using guizero which is a super simple to use library for creating GUI's, definitely have a look.

When the image is captured from the camera it isn't stored to a file, it is stored in a numpy array, this means each frame is only stored in memory making it faster:
The python module imageio is used to create the gif by passing the frames as a list, but again rather than being written to disk each time it is created as an in memory BytesIO stream:
When the animated gif is displayed in guizero the BytesIO stream has to be open into a PIL Image.